With tens of millions of streams, countless shows, and acclaim from the likes of Metal Hammer, Classic Rock, Kerrang, BBC Radio, SiriusXM Octane, Loudwire, Guitar World and many more, Brandon Yeagley [vocals], Chris Bishop [guitar], Tim Peugh [bass], and Dan Ryan [drums] realize their vision like never before on their fifth full-length studio album. The release follows 2019s Top 10 Heatseekers album MOTHERBRAIN, whose cumulative streams have surpassed 30 million. Twenty-one million of which were for the goliath single "Low Life," a Top 10 single at Active Rock radio, with a 29-week run on the Billboard Mainstream Rock chart.

"Feel This is the record we've been wanting to do ever since we started," exclaims Brandon. "We've always thought of ourselves as a live act," he continues. "When Jay Ruston described his process of recording, we were beyond excited about getting in and getting our hands dirty. It involved performing live as a unit and finishing all instruments on a song before moving on to the next. We recorded 16 songs in 21 days, which is a feat in itself."

They made waves with Legend of the Spaceborne Killer [2012], Something Supernatural [2014], and Welcome To Fat City [2016]. However, Motherbrain [2019] represented a high watermark. They've crisscrossed the U.S., and The World, in road-warrior style, playing with the likes of Anthrax, Black Label Society, Chevelle, Clutch, Volbeat, Halestorm and more. They've lit up festival bills and the annual Shiprocked! Cruise, Rocklahoma, Aftershock, and the Jericho Cruise alongside others. "We tour the pockets off of our pants and sleep in our van for half of the year. To some, that may seem like misery, but to us - it's Heaven baby!" the frontman says.

In 2019 when Covid-19 punched The World in the face, the Global Pandemic descended upon us. Chris and Dan hunkered down in Austin to jam and cut demos, sending ideas to Brandon back in Pennsylvania. 2021 saw the boys enter Orb Studios in Austin, TX with producer Ruston [Stone Sour, Anthrax, Avatar]. Since the world has begun to open up, the band have not stood still. The Rat Child EP was released last summer and featured a mighty cast of Frank Bello [Anthrax], Howard Jones [Light The Torch/ex-Killswitch Engage] and Stix Zadinia [Steel Panther].

You'll feel rock 'n' roll comes to life in Crobot's hands. "We never want to make the same album twice," Brandon leaves off. "There is something for every Crobot fan out there as well as newcomers. At the same time, we're having fun. We want to be taken seriously, but not too seriously—because this is monkey hour after all." "That's the fucking line right there," agrees Bishop. "We want you to walk away smiling. If I can make you smile, I've done my job." 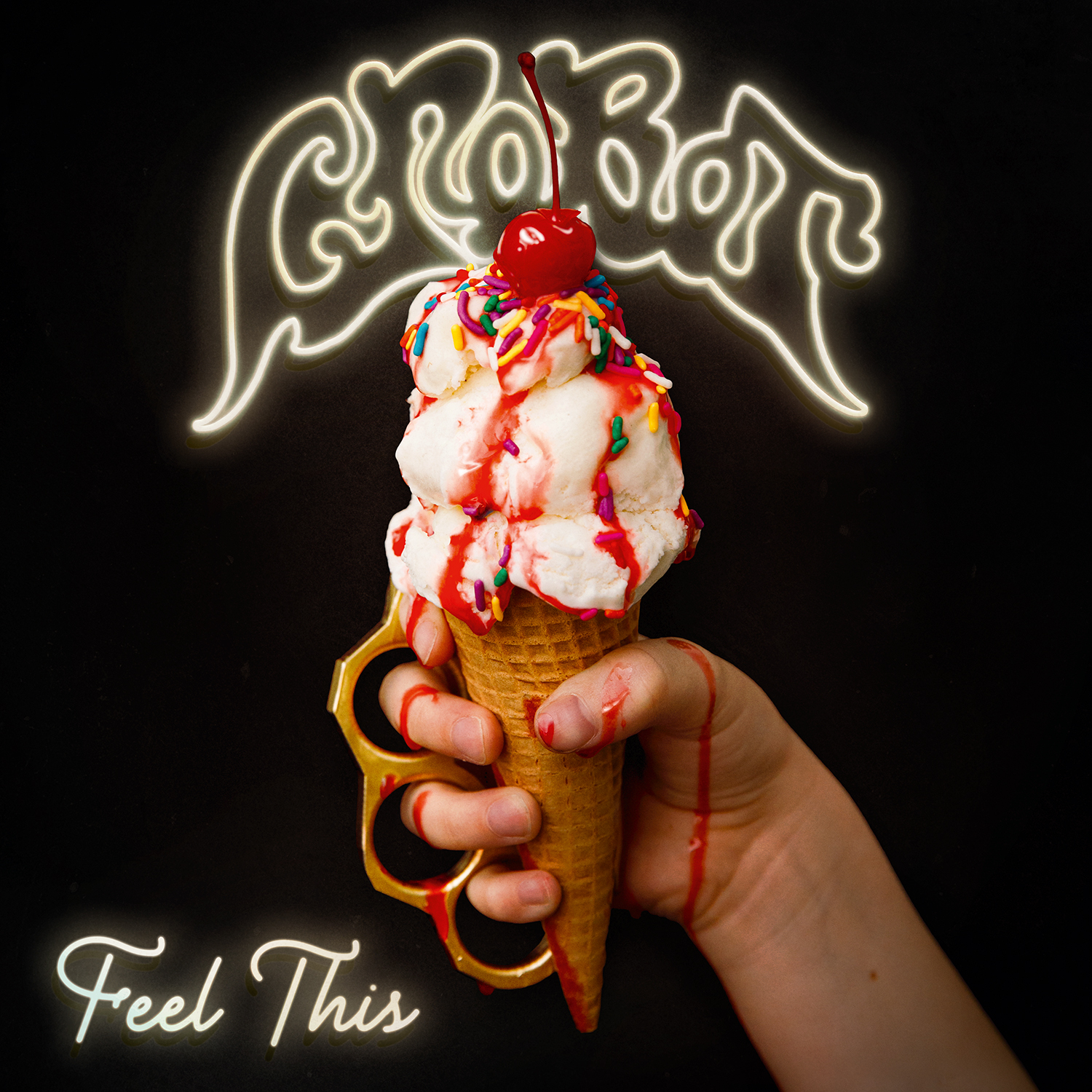