Last year when COVID-19 put the live touring industry on hold, guitar hero Joe Bonamassa did something unprecedented for his fans – he put together a one-night-only show at the iconic Ryman Auditorium in Nashville, TN to be livestreamed for fans everywhere. That night he united people across 44 countries worldwide for a phenomenal live music presentation of his brand-new album “Royal Tea” before it was even released. The concert was re-mixed and mastered for physical release as “Now Serving: Royal Tea Live From The Ryman” on June 11th and will be available to own on CD, DVD, Blu-Ray and Double LP. The DVD will include a film introduction narrated by actor Jeff Daniels. To pre-order, visit shop.jbonamassa.com. The stellar performance includes 12 incredible live tracks, featuring the best from his latest studio release Royal Tea, Joe’s 24th #1 record on the Billboard Blues chart, which was recorded at Abbey Road Studios in London. It also includes 3 electrifying tracks from his 20th anniversary album A New Day Now. Get your serving and relive the excitement time and time again with this once-in-a-lifetime release from one of the most celebrated Blues Rock entertainers!

Recalling the magical night, Bonamassa shares, “I have always wanted to film a show at the legendary Ryman Auditorium in Nashville. Our band has had the honor of playing there now 8 1/2 times over the past 10 years. The audience is always alive and electric, hanging on every word and phrase. It feels like the greatest, most intimate gig you will ever do but there are 2,300 people sharing this joy and musical journey. I love the place as it is a national treasure and selfishly close to my house. Here’s where I get to the 1/2 part. We missed you. As great as it is to be on that stage in any capacity, YOU the fans make it special. You are part of the show and a big part of it. As this show was being filmed live, almost 100,000 eyes were on us in various forms around the world in front of TVs and computers alike. But you were not in the room with us.”

He continues, “Tom Dowd was a master of everything he endeavored on. There was no second rate, there was no compromise on quality of absolutions and results. I wasn’t developed enough as a musician myself to rise to his level. I certainly gave it my all and rose to the occasion grading on the curve of the musician I am today, the musician Tom always knew was inside my soul. I decided to enlist the help of another producer and mentor that has significantly impacted my life both on a personal basis and professionally, Mr. Kevin Shirley to help re-mix, re-sing and finally pay tribute to Tom as I tried to so hard to when he was alive. I have been extremely fortunate in my life to have been surrounded by two of the best most brilliant record producers anyone could have dreamed to be associated with. We included some crude demos and recordings I did at 75 Campbell Ave when I was just a teenager, and alternate versions of songs you are familiar with partly because some of the master tapes have been lost. Yes, I did say tapes. It is never lost on me how lucky I have been and continue to be by your support over these past 20 years. Enjoy the trip down memory lane… I know I did.”

In normal times, the legendary venue typically seats 2,300, but for one night only, the real crowd was the size of a major stadium, and in-house nearly every seat was filled with a custom cardboard cutout of a fan. The event sold over 17,000 tickets, reaching a global audience and bringing people of all different cultures together during a time when it often felt like the world was falling apart. Considering the number of households watching concerts together from home, one ticket could actually account for an entire family, so the true number of viewers would likely skyrocket.

Joe continues, “We played as good as we could in front of those 1700 cardboard cut outs of your faces and tried to imagine you there. For split seconds I would catch a glimpse of the room and it almost felt normal. Then the song would end and there would be dead silence. Only the footsteps of our crew could be heard. With all of that said, this DVD is a snapshot of a concert performance within the confines a vast sea change of the world. A world that had temporarily deemed us unnecessary. Nobody knows when I will ever get back to this stage in front of a full house again, but I sure do know that I do love it and miss you greatly. This show counts as a 1/2.” 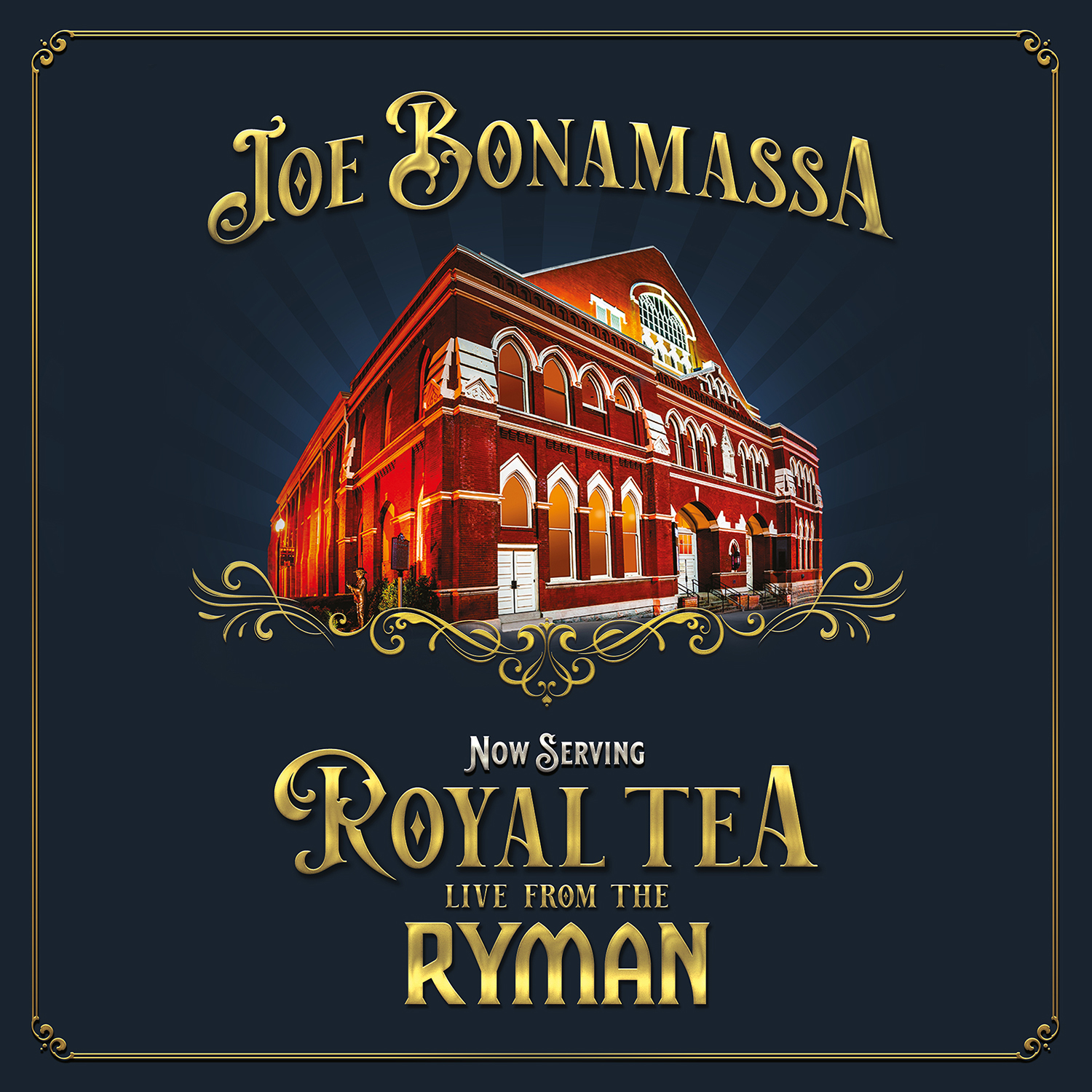 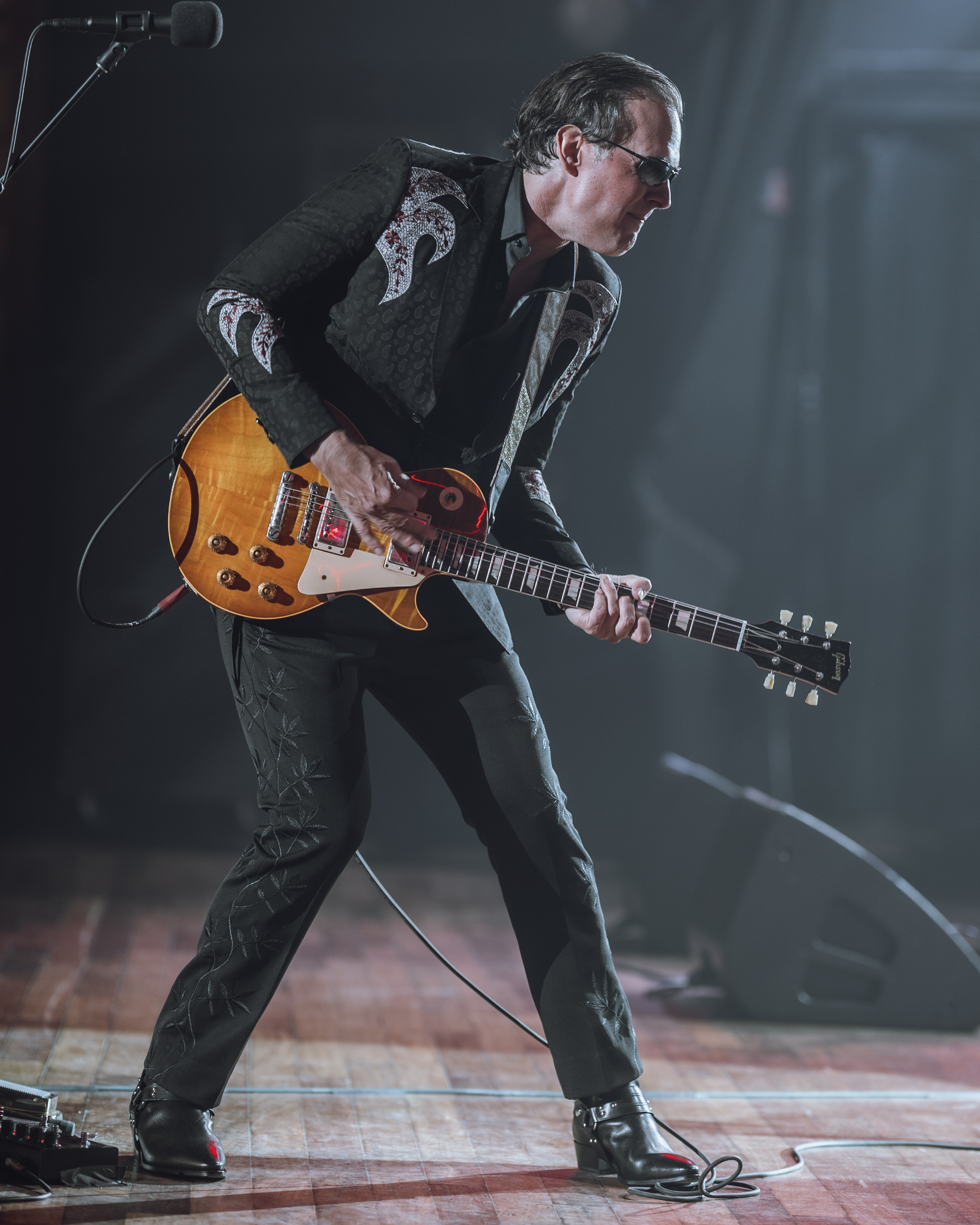 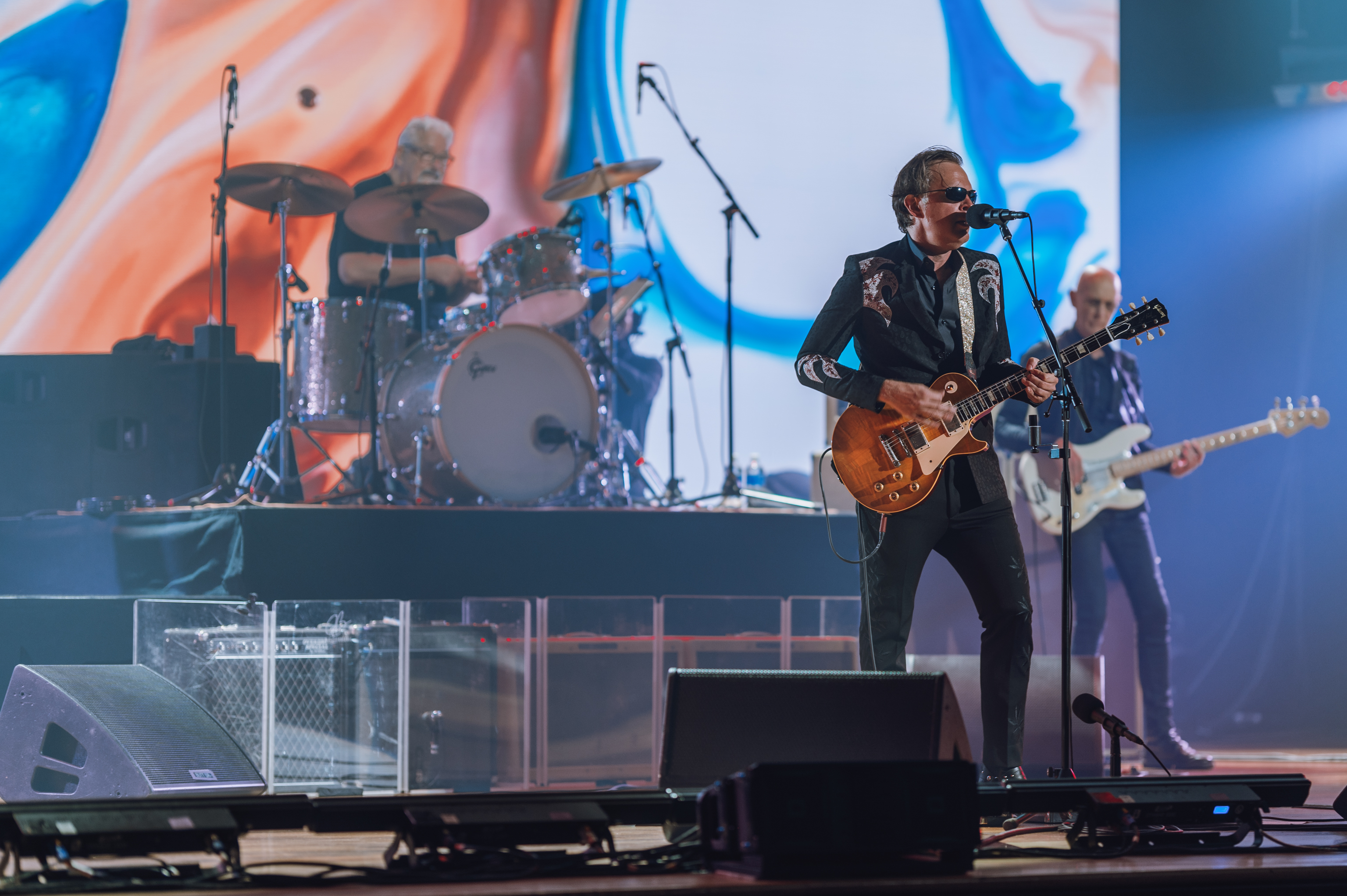 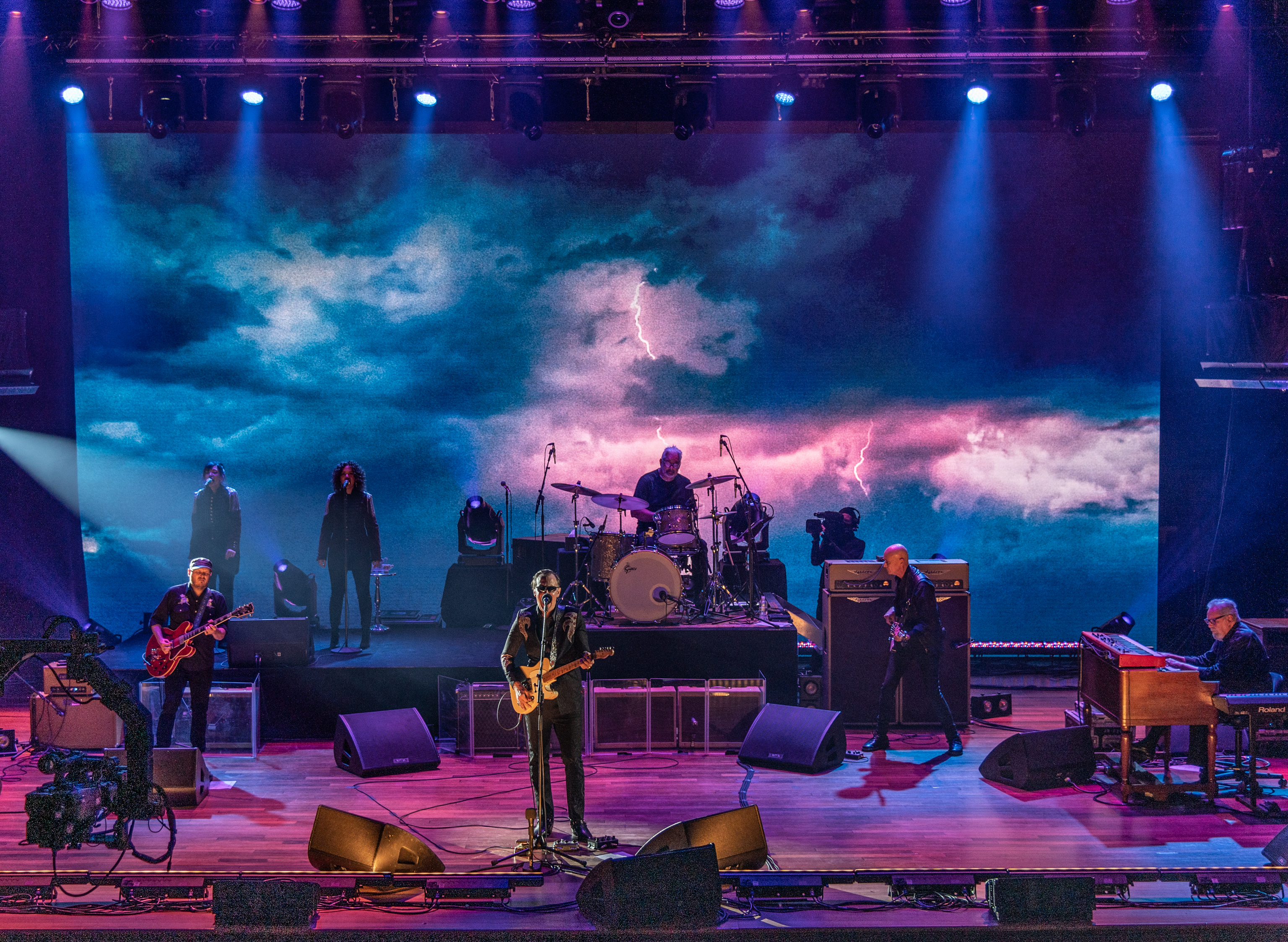 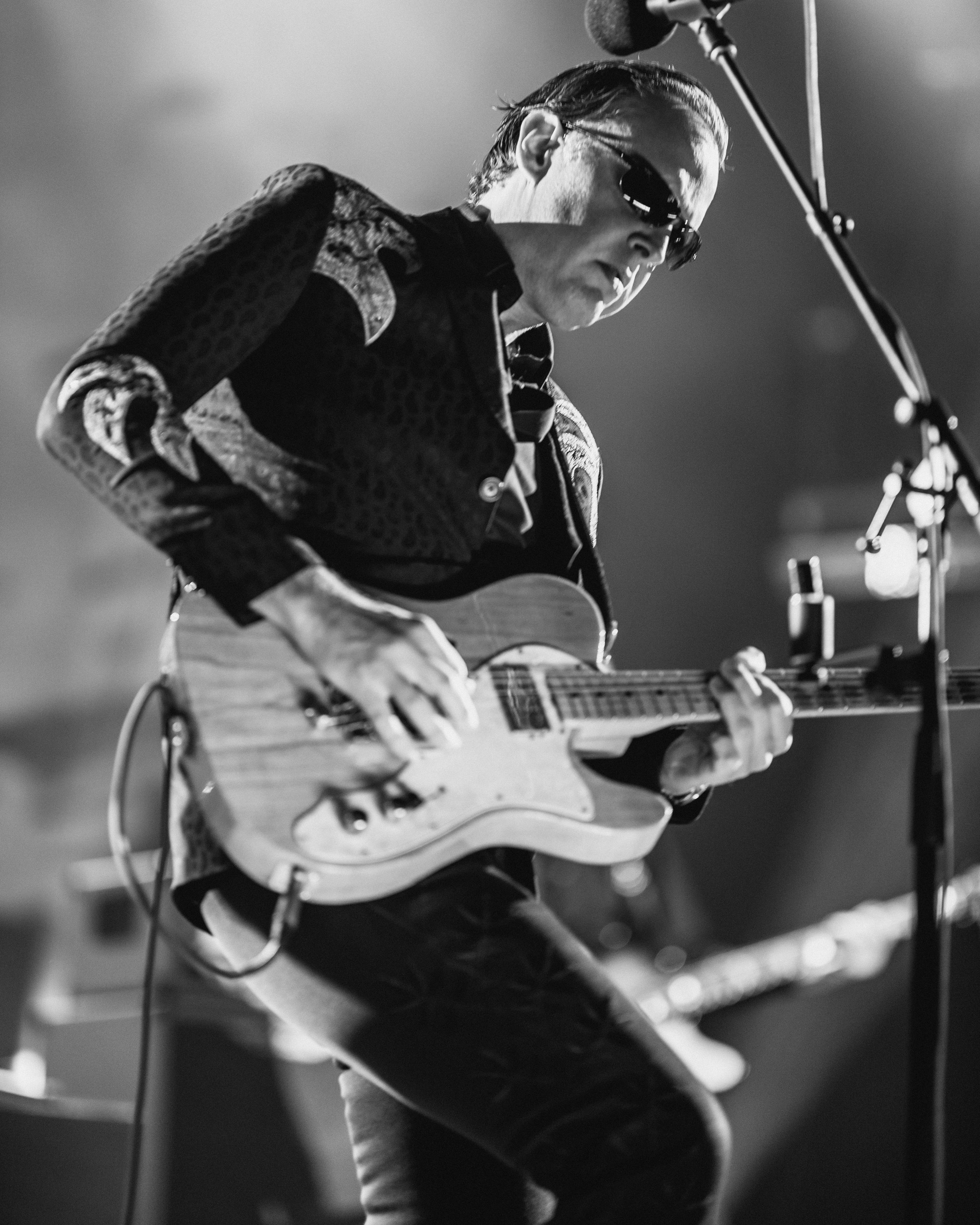 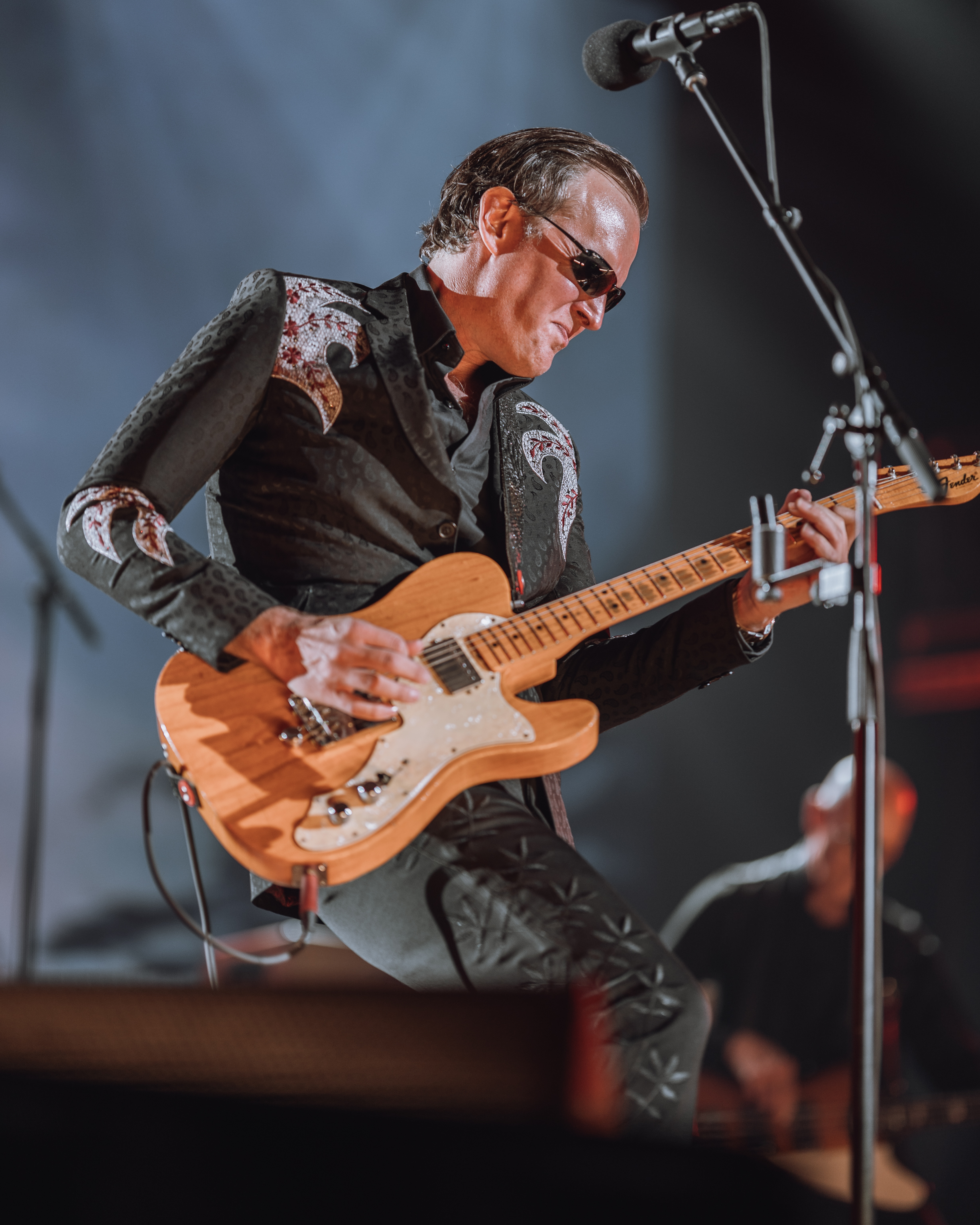 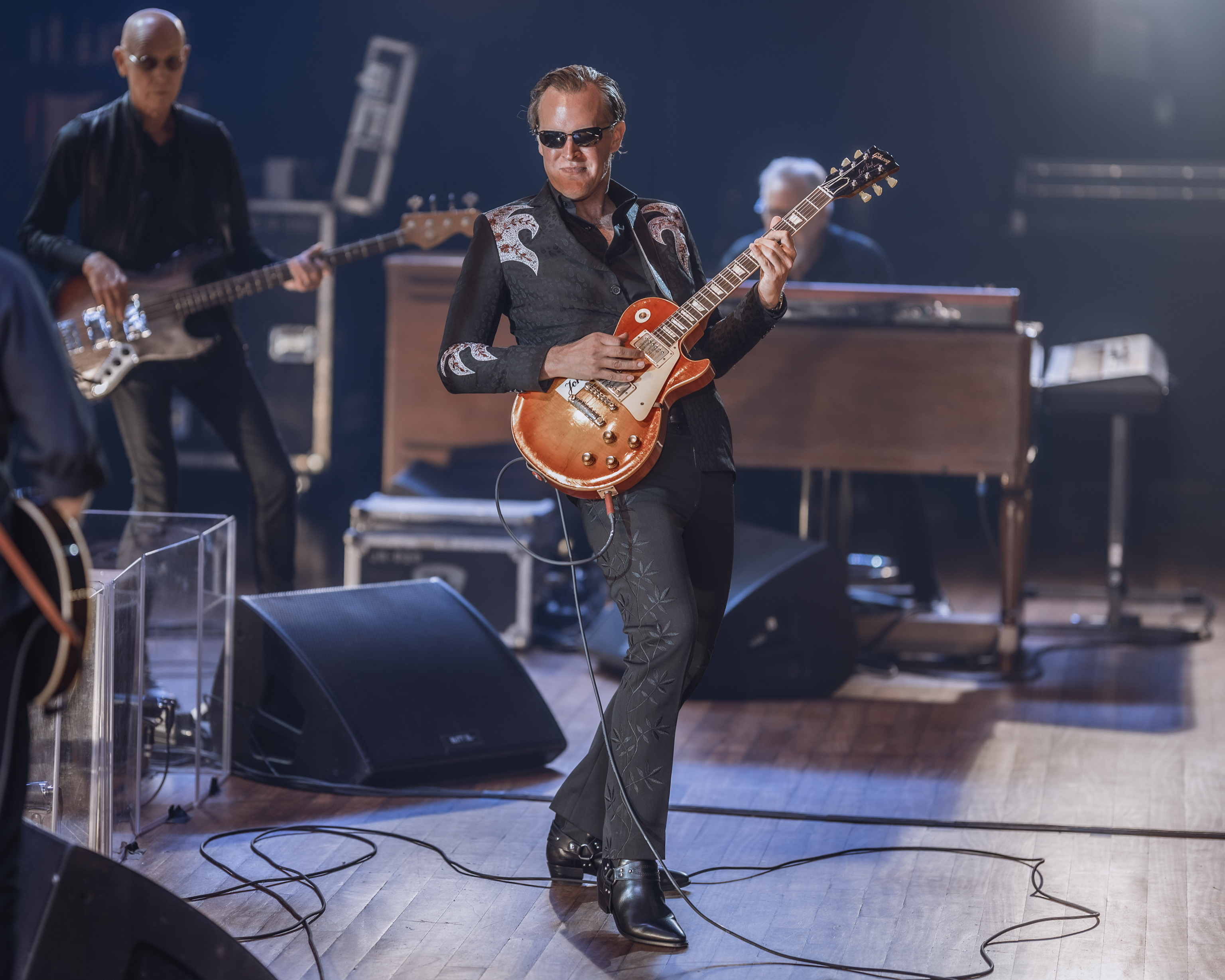